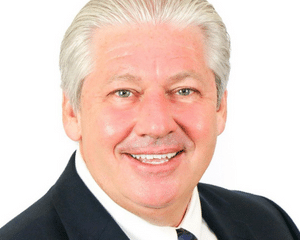 Alcohol use disorder (AUD) is one of the most common examples of substance abuse disorders that people might suffer from. Substance use disorder is something that can impact anyone at any time, and individuals could be addicted to a variety of substances, including alcohol and drugs. Alcohol abuse is a significant concern, and it can have an impact on not only the individual but also his or her family members and friends.

It is important to take a closer look at some of the short-term and long-term impacts of alcohol abuse. It is also critical to take a closer look at how alcohol can impact someone, not only physically but also mentally. Even though alcohol is considered acceptable to drink in most places in the world, this acceptance also makes it dangerous, as alcohol is relatively easy for just about anyone to purchase.

As a powerful pain medication, fentanyl is also heavily prone to substance abuse, which is why it is important to understand how a fentanyl overdose may appear and what the treatment options are.

What Are the Short-Term Impacts Of Alcohol On The Brain?

Alcohol intoxication is one of the immediate short-term impacts of drinking. It is possible for someone to feel the mental effects of drinking alcohol after only one standard drink. Then, as someone continues to drink more alcoholic beverages, the effects of alcohol on the brain will become more pronounced.

Alcohol has an impact on the way the brain processes information because it interferes with neurotransmitters and the way they are passed from place to place. Sadly, if someone drinks too much too quickly, it can lead to impaired decision-making abilities, reduced inhibitions, impaired motor coordination, and extreme confusion. If someone continues to drink heavily, it can lead to a condition known as alcohol poisoning.

The legal limit beyond which someone is no longer allowed to operate a motor vehicle in the United States is a blood alcohol concentration (BAC) of 0.08. Everyone has different levels of alcohol tolerance. Some people might only be able to consume one drink before they reach this level, while other people might be able to consume 4 or 5. It depends on someone’s tolerance, how many drinks they consumed, and how quickly they consume those drinks.

Regardless, some of the most common signs that someone might not be okay to operate a motor vehicle include:

If it is not treated appropriately, alcohol poisoning can lead to death. It is critical for people to monitor their drinking and get medical attention if they display any of the symptoms above.

Even if someone only drinks heavily for one night, they can still develop many of the short-term impacts listed above.

The Long-Term Impacts Of Alcohol On The Brain

If someone continues to drink heavily over a prolonged amount of time, they may start to develop a variety of long-term impacts. Continuous, regular, heavy drinking can have serious long-term impacts on the brain.

If someone drinks heavily for a long amount of time, the levels of these neurotransmitters become more and more out of balance. This can have an impact on the way the brain processes information and distributes signals to the rest of the central nervous system.

One research study that was published by the University of Oxford indicated that one specific region of the brain, known as the hippocampus, may actually shrink. The researchers followed participants for three decades and tracked the number of drinks they had.

The researchers came to the conclusion that individuals who drank more heavily than others experienced more hippocampus shrinkage.

When the hippocampus shrinks, it can have an impact on the way people process information and regulate their emotions.

The Development Of A Thiamine Deficiency

The brain can also be impacted when someone drinks heavily because individuals could develop a deficiency of a nutrient called thiamine. Thiamine deficiency tends to develop in individuals who are undernourished, but it can also develop in people who drink heavily for a long time.

Thiamine deficiency could lead to Wernicke-Korsakoff Syndrome, usually shortened to WKS. This is a severe syndrome that could lead to permanent complications. People with this condition can develop memory loss, problems with motor coordination, and persistent, uncontrollable eye movements. Even though it is possible to restore someone’s thiamine levels to normal, some of the complications of this syndrome could be permanent.

Other Organs Are Impacted By Heavy Drinking

In addition to the brain, alcohol affects a variety of organs. For example, chronic alcohol use could lead to liver disease. In particular, people who drink heavily are at an increased risk of developing a specific condition called cirrhosis. This is extensive scarring of the liver. The liver is prone to suffering damage because it is the organ mainly responsible for processing alcohol. If someone drinks heavily for a long amount of time, they could start to overload the liver, leading to liver damage.

Furthermore, other organs that might be impacted by excessive drinking include

In addition, people who drink heavily for a long time could also be at a greater risk of developing certain forms of cancer (including liver cancer and breast cancer) and other health problems or health conditions, such as ulcers.

That is why individuals who have a hard time controlling their drinking should reach out to a professional who can provide them with assistance.

Alcohol Dependence Can Have An Impact On Someone’s Mental Health

There are some people who drink socially in an effort to loosen up and have fun with other people. There is a reason why alcohol is frequently called a social lubricant. Unfortunately, alcohol can also pose a risk to someone’s mental health. Excessive alcohol use can exacerbate pre-existing mental health issues.

An individual with substance use disorder (including alcohol abuse) and an underlying mental health issue is frequently said to have “co-occurring disorders.” For example, someone who drinks regularly could exacerbate underlying depression and anxiety.

Some of the most common signs of depression include:

Some of the most common symptoms of anxiety include:

Finally, alcohol can have an impact on your mental health in other ways. For example, people who drink alcohol regularly may develop issues with memory loss and learning. It is also possible for someone who drinks regularly to develop dementia down the road.

Eventually, as alcohol continues to exert its impacts on your mental health, you may even develop an alcohol use disorder.

Development Of An Alcohol Addiction Or Alcohol Use Disorder (AUD)

Ultimately, one of the most dangerous consequences of long-term alcohol use is the development of alcohol use disorder, which is usually shortened to AUD. This is what happens when someone becomes addicted to alcohol.

Someone with alcohol use disorder develops problematic, compulsive patterns of alcohol use and continues to drink even though they are aware that their drinking is having a negative impact on multiple areas of their physical health, mental health, and life overall.

Some of the signs that someone may have developed an alcohol use disorder, according to the National Institute on Alcohol Abuse and Alcoholism (NIAAA), include:

Alcohol use disorder can have serious impacts on someone’s overall health because of the amount of alcohol consumption and how long they have been drinking. Eventually, the body will get used to having alcohol in its system at all times, and it can be a shock when alcohol is no longer there.

That is where alcohol withdrawal syndrome can develop. This is another example of the long-term impacts of alcohol use.

Alcohol Withdrawal Syndrome: What To Know About Symptoms

When someone has been drinking for a long time and suddenly stops, they may develop something known as withdrawal syndrome. Alcohol withdrawal syndrome can be severe. Remember that the brain’s neurotransmitters have gotten out of balance because of all of the alcohol in the bloodstream. Now, when the alcohol is no longer there, these neurotransmitters have to go back to normal, and individuals may go through alcohol withdrawal symptoms as a result of the severe, abrupt shift.

A few examples of mild alcohol withdrawal symptoms include:

These symptoms can make someone uncomfortable. On the other hand, as the syndrome progresses, severe symptoms could start to develop. A few examples of severe alcohol withdrawal symptoms include:

This is usually shortened to DTs, and it takes place in a small number of people going through alcohol withdrawal, but people who have consumed alcohol heavily for a long amount of time may be at a greater risk of developing DTs. DTs can also lead to visual and auditory hallucinations, severe confusion and disorientation, and many of the symptoms listed above.

Importantly, not everyone with alcohol use disorder will develop all of the symptoms mentioned above. Some people may only develop a few of the symptoms, while other people may develop many of them. An individual’s underlying physical health, the amount of alcohol they have consumed, and how long they have been drinking will impact the nature of their alcohol withdrawal. Alcohol withdrawal usually starts a few hours after the last drink has been consumed, and it persists for a few days. The most severe symptoms usually occur on day two or three.

Medical Attention Is Necessary During The Recovery Process

If you or someone you know has developed an alcohol use disorder, it is important to mitigate the alcohol-related mental and physical impacts on your health as much as possible. Healthcare professionals have a variety of tools at their disposal that they can use to help you on the road to recovery.

Your long-term sobriety is important, and you can rely on medical professionals during the medical detox process, as you go through withdrawal, and as you deal with cravings in the future.

That is where our team at Riverside Recovery of Tampa can help you.

Contact Riverside Recovery of Tampa For Help With Alcohol Use Disorder

At Riverside Recovery, we offer treatment for alcohol use disorder in Tampa, Florida. We have a significant amount of experience helping people of all backgrounds get sober and stay sober. Over 75% of our team is in recovery so we’ve been in your shoes before.

Contact us today to learn more about how we can help you.